One of the great joys of teaching college and graduate students is the opportunity to delve into two of my favorite subjects: Hermeneutics and Exegesis.  These are fancy terms for how we interpret and deduce meaning from the Bible.  As is my custom, I read a new book in the field each semester, and last month I chose The Bible With and Without Jesus: How Jews and Christians Read the Same Stories Differently.  What is especially intriguing is that the book is jointly written by two Hebrew Bible scholars, one Jewish and one Christian.  In fact, Amy-Jill Levine at Vanderbilt also teaches New Testament, while Marc Zvi Brettler serves as Distinguished Professor of Jewish Studies at Duke.

The book did not tread much new ground for me, but being refreshed on the dual readings is always fascinating.  For example, Jewish interpreters have never come up with the concept of “original sin” from the creation narrative.  Noah figures as a righteous man in Christian readings, while ancient Jews denigrated him for failing to forcefully argue with God.  Evangelicals have sometimes argued over the precise species of fish that swallowed Jonah, while Jewish readers have focused on this story as slapstick self-critique.  This is the beauty of the Bible: the multiplicity of interpretive options.  As ancient rabbis say in the Talmud: Shavim panim letorah.  “There are 70 faces of the Torah,” a phrase which compared each verse to a 70-sided diamond with 70 brilliant interpretations.  The more the merrier!

It virtually goes without saying that Jewish-Christian relations have been disastrous over the centuries.  Reading Martin Luther’s dehumanization of our Jewish brothers and sisters will give you chills today, and that afforded Hitler all of the theological freight that he needed.  But there is also good news.  As Christians and Jews have read the same sacred text together, our division has changed in recent years.  In 1965, the changes from Vatican II led the Catholic Church to a greater embrace: “Although the Church is the new people of God, the Jews should not be presented as rejected or accursed by God, as if this followed from the Holy Scriptures.”

If such a shift is possible after centuries of strife, perhaps returning to the biblical text is one ingredient of a healing that has the capacity to extend even to the divisiveness in our land today.  I choose to side with Erasmus and the Renaissance humanists: Ad Fontes (“Back to the sources”)! 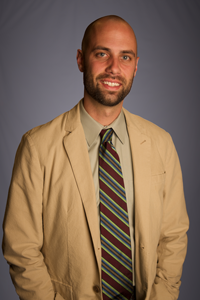 Josh Rice has dedicated his life to one assertion: the last bastion of free thinking, creative truth, and generous living is found in the local church. He serves as Instructor of New Testament at Point University in West Point, GA, and adjunct professor at Lee University (Cleveland, TN), Richmont Graduate University (Atlanta, GA) and Pentecostal Theological Seminary (Cleveland, TN). He holds degrees from Lee University (B.A.), Columbia Theological Seminary (M.A.), and the Lutheran School of Theology at Chicago (Th.M; Ph.D). He is the author of Paul and Patronage: The Dynamics of Power in 1 Corinthians (Pickwick Press, 2013) and The Jewish Centaur: Adventures in Pentecostal Spirituality (Cascade Books, 2015). Josh travels widely as a speaker and a generosity consultant with the Generis Group.
Loading Comments...
%d bloggers like this: